Why I don’t leave the Church

Recently I’ve asked myself, “Why do I go to church?” I’ve had ongoing conversations within our family about this. When we talk about our motives and our expectations, I soon discover that we go for different reasons; and some don’t attend at all. This blog is an attempt to understand the reason I should go to church on Sundays.

Every so often I come across articles, books, or blogs that address the disillusionment of many with our churches.  Our North American evangelical churches’ attendance seems to be in decline.

Try typing “why I left the church” into Google search and you are likely going to get millions of hits on the subject matter. On my last attempt, I got 173,000,000 hits! Clearly the subject is relevant.

The disillusionment that many experience in churches today is real. There are many reasons people feel disenfrenchised: hurt, internal strife, unwelcomed, disengaged or irrelevant messages, worship style, etc. These are all valid reasons to question whether to stay in one particular church. But, are they valid reasons to leave the church all together? I am not discounting or dismissing people’s experiences, I am merely asking if they are valid reasons to abandon the fellowship of believers altogether.

There are no doubt some who, at this point in reading my words, are saying, “I can have fellowship with other Christians outside the church.” True, one can. So, has church become irrelevant? If the aim to attend church is having fellowship with other believers, one can just gather informally at someone’s house, go for a walk, or, as is often the case today, have friendships that are mostly built through an electronic platform.

This brings me back to my discussions we had as family.

Why do I go to church? Is it a habit? Obligation? Peer pressure? Or, because I need it?

I grew up going to church every Sunday (or at least that’s what it felt like). I sometimes joke that the only reason my dad would allow me to stay home from church was if one of my limbs was falling off or I was deathly ill. Not going to church on Sunday was simply not an option. I’ve been told that in today’s world, church leaders consider someone a regular attendant if they show up twice a month. The role our church plays in our lives has dramatically changed.

In other words, it was a place of community.

But what does Scripture say about the subject? Perhaps surprisingly to some, more than one might think. The most obvious passage that directly commands believers with regards to attending church is found in Hebrews 10:24-25,

“And let us consider how to stir up one another to love and good works, not neglecting to meet together, as is the habit of some, but encouraging one another, and all the more as you see the Day drawing near” (emphasis mine)

The context of this passage is the gathering of the saints. The writer of Hebrews encourages the saints to continue in the habit of coming together so they can “stir each other up in love and good works.” These words might seem simple, but ‘love’ and ‘good works’ are often harder to do in the familial context. It’s when we know of each other’s warts, faults, and shortcomings, that we find it harder to love and accept. Yet, that is precisely the point.

Most of the apostle Paul’s writings were directed at churches in various regions dealing with various situations. Internal strife and disagreements, splits, quarrelling, dissension, lawsuits, sexual immorality, etc., were some of the issues Paul had to address in churches he either founded, or helped to establish. In his letter to the churches in Rome, Paul tears down the dividing walls between Jews and Gentiles – they are one in Christ; to the Corinthians, he paints the picture of a human body, which, though made up of many parts, functions together in harmony for one purpose. In his letter to the Galatians he reminds them that they no longer live under the Law, but are free in Christ; he also encourages them to bear one another’s burdens. He reminds the Ephesians that they are one in Christ.

To the Philippians he writes,

“ So if there is any encouragement in Christ, any comfort from love, any participation in the Spirit, any affection and sympathy, complete my joy by being of the same mind, having the same love, being in full accord and of one mind. Do nothing from selfish ambition or conceit, but in humility count others more significant than yourselves. Let each of you look not only to his own interests, but also to the interests of others (emphasis mine) (Phil. 2:1-4).

He reminds the Colossians of the ultimate point of his ministry: to teach everyone with all wisdom that he may present everyone mature in Christ (Col. 1:28)

Nowhere in the New Testament do we read of believers being encouraged to leave the fellowship of believers because of its disfunctionality. The problems Paul addressed in his letters are, to a large extent, the very same problems our churches are facing today, yet he doesn’t give up – and nor should we. Rather than throw in the towel and abandon the body of Christ, let’s remember that perfection in Christ is not attained individually, but within the local church.

So, why do I go to church? Because I need it. I need to be encouraged, challenged, admonished, taught, and equipped to serve Christ. I need to be reminded that it’s not about me, but about others.

It is in the church where I pick up my cross to follow Jesus.

Denis Federau
Director of Resource Ministries at BC Conference of MB Churches
Denis’ passion is structures, be they physical ones or organizational. Before moving into full-time ministry, he worked as a Project Coordinator and senior Project Manager for a design-build engineering and construction firm in Vancouver for almost 10 years, coordinating and overseeing large-scale projects in Canada, the US, and Europe.

In 2008, at the age of 40, he left the Construction world to prepare for full-time Ministry. In 2012, he was hired as the Senior Pastor at Nechako Community Church in Vanderhoof. Denis is currently finishing his Masters in Theological Studies at ACTS Seminary. He has been married to his wife, Doris, for 26 years and they have three daughters.

Recent Posts
POPULAR POSTS
© Made with ♥ by Frame
Contact Us 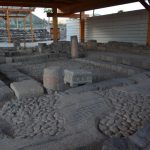 The Journey of a LifetimeBCMB Blog