The Journey of a Lifetime

The journey of a lifetime, for 13 anticipatory pilgrims, began on January 12th and lasted 10 days.  In those all-too-short days, we, a group of pastors (four from BC), and several spouses joined Dan Unruh on a whirlwind tour of Israel.  Eight days on the ground embraced over 4,000 years of history.  To say it was overwhelming, would be a gross understatement.  To say it was life changing, would fall into the same category.  Having explored the ‘promised land,’ I have come to experience a new richness in the Word, an appreciation of the foundation upon which our faith stands, and a taste of the complexity that is the middle-east.

Our journey saw us travel from Vancouver to Toronto where we boarded an El Al jet for Tel Aviv.  The flight itself was a novel experience from the interrogation by airline security staff before we boarded the plane, to the literally dozens of men who dawned their prayer shawls and tefillin and then filled the galley areas and exits to lift their voices in prayer.

From the moment we hit the ground we started running.  Our first stop was ancient Joppa, and it was here that the biblical narrative began to come alive in new and invigorating ways.  Looking out to the port area of the ancient city, I could imagine Jonah hiding in the bowels of the ship, trying to run from his divine assignment.  Looking up, I saw the traditional site where Peter stayed with Simon, the tanner, and received a vision from God to bring the Gospel to the gentiles, starting with Cornelius.  Not more than 10 metres away was a recently discovered stela erected by Pharaoh Thutmose III when he conquered Joppa in 1450BC.   All this, and I was only two hours on the ground in Israel.  I had to pinch myself as I realized that I was standing in the land where Biblical history had been made.

While I could recount every moment of the trip for you, every nuance and aha moment, allow me to share with you only three observations and experiences.

I had to pinch myself as I realized that I was standing in the land where Biblical history had been made.

Magdala:  Quite by accident, we stopped at a newly excavated site called Magdala; a fishing village on the shore of the Sea of Galilee and, more significantly, the home of Mary Magdalene. The village is situated approximately 15 kms south of Capernaum, and the site was discovered when a developer determined to build a hotel on the lakeshore.  What was discovered, was a relatively intact first century Jewish community. It included one of a handful of first century synagogues that still had portions of the columns standing, seats ready to be used, and an ornate mosaic floor that looked like it had been placed there a week earlier.  In fact, given its location, at the foot of a mountain pass that leads to Nazareth in close proximity to Capernaum, and the record of Scripture (Matthew 4:23), it is highly likely that Jesus taught in this very location.  Apart from the wonder of the ruins, which were awe inspiring, and the tiled floor that retained its beauty after all these years, one thing struck me most:  My Saviour in all probability had taught in this very spot.  As I touched the floor and palmed the seats, my thoughts wondered if this was the very place where the incarnate Son of God placed his feet, or pronounced his Kingdom message.  The Word became alive to me in a way I had not expected.  I realized in a new way, that Jesus made himself available to the poor and downtrodden, to ordinary folk who needed an extraordinary touch from God.  It was likely here, in Magdala, that Mary first encountered Jesus.  It was likely here that the power of God began to break forth into the demonic stronghold of her life, setting her free to follow Christ as her Lord.  It was here that that eternity broke into the temporal and brought about a transformation that only God can accomplish.  It struck me that Jesus continues to break through into the lives of people possessed by sin and oppressed by brokenness.  It caused me to pause and reflect on how powerfully he had broken into my life to set me free, and how he continues to work to shape me into his disciple; living a life of worship.

As I touched the floor and palmed the seats, my thoughts wondered if this was the very place where the incarnate Son of God placed his feet, or pronounced his Kingdom message.

Other highlights on the trip included visiting Caesarea Philippi, the Golan Heights (the grazing grounds for the cows of Bashan), Capernaum, the Sea of Galilee, the Jordan Valley and river, Masada, the baptism site of Jesus, just to name a few.  I was awestruck, but nothing prepared me for my encounter with Jerusalem.  Rising up from the Jordan Valley past Jericho (which we couldn’t visit due to racial tension), we crested the top of the mountain and found ourselves poised on the top of the Mount of Olives.  From this vantage point, all of ancient Jerusalem, including the City of David, came into view.  There before me was Garden of Gethsemane; looking down across the Kidron valley (literally covered with graves) was the Eastern Wall of the City upon which sat the Temple Mount.  Rising up from the city wall lay the ancient structures that formed and informed biblical life.  From our vantage point, Jesus had wept over the City; from this same location, the parade that was Palm Sunday began, and in the garden below (and to the right) Jesus prayed in agony just hours before laying down his life for my sin.  There to the left, lay the ruins of David’s palace, the house of Caiaphas the High Priest: the location where Peter denied Jesus.  There, all the Gospels, and especially the Easter narrative, came to life.  It was almost too much to take in… frankly I could have stayed there for days just looking, pondering, wondering, and drinking in what I have only read about for over 50 years.

Two aspects of our visit to Jerusalem were particularly poignant and stick in my memory like no others.  One was the circus that made up the traditional site of Golgotha and the grave of Jesus.  The other was the desperation I discovered at the Western Wall.  I looked forward visiting the Church of the Holy Sepulchre (the traditional site of Jesus death and burial).  As we walked down the narrow streets towards the site, my excitement and anticipation grew. There beneath my feet, were the very paving stones placed by the Romans over 2000 years before.  I had heard that the site was unique in that some six denominations, all vying for control and a ‘piece of the pie,’ claimed the site as their own.  What I encountered was sad beyond measure.  Inside what should have been a sacred and holy site, Christian rivalry reigned.  Priests from various groups cajoled and jockeyed the crowd to ensure they were not overlooked.  At one point, as I took pictures of the traditional site of the crucifixion, a priest from some denomination or other told me to move on, while another tried to convince me that I needed to take pictures of his area of the shrine too.  It was sad to witness one group lay claim to an area while striving to out-do another.  The most unique discovery, was an appendage constructed on the back side of the tomb wherein some religious group tried to make its presence known, but would not allow anyone near to witness what they had enshrined.  What could have been a symbol of Christian unity, with various groups working together for the glory of Christ, had become the manifestation of what is all to frequently true of the church, wherein we find ourselves in competition with each other rather than striving to exalt our Saviour.

Inside what should have been a sacred and holy site, Christian rivalry reigned.

The second aspect that struck me more than all others, was the Western Wall.  On our last evening, just hours before boarding the bus back to the airport, we went to the Western Wall.  There, at the foot of the Temple Mount, lay the remnants of the stones that the Romans had thrown down as they destroyed the Temple.  There, at the foot of the Temple Mount, remained the foundation stones that Herod had carved and placed as he built the second temple.  As we got closer to the Western Wall, I became increasingly aware of the numbers of people who had come to petition heaven in prayer.   Scores of men (men and women were separated) lined up along the wall, weaving and bobbing as they recited their prayers.  Others sat in desks reading the Torah, some repeatedly kissed the wall, while others tucked notes into the cracks of the foundations stones, all hoping their prayers would be heard.  Further along, an alcove gave access to an enclosed area where scores of others gathered to pray as close to the holy of holies as they could get.  The buzz of their prayers filled the air, and the movement of their bodies in a rhythmic ritual caused me to begin to bob too.  In that moment I had a flashback to the Mount of Olives, the mount upon which Jesus wept over the city.  In this place where men and women gathered to display their devotion and called for their Messiah, I was struck by the futility of their ritual.  On the one hand, I was convicted by the dedication that they displayed and the energy they poured into their prayers.  On the other hand, I was saddened to know that they did not know Jesus, the one who came in fulfillment of the Scriptures; the one who gives us direct access to the Throne of Grace.  It caused me to ponder my devotion in terms of my relationship with God.  Not one of ritual, but one of passionate prayer for the lost.  It caused me to feel compassion for these men and women who longed to encounter God.  It caused me, and continues to cause me, to wonder if my heart, like that of Jesus, is truly broken for the lost.  It caused me to experience conviction and the call of God to be on mission for the Gospel.

There is so much more that I could share, encounters I could recall, or observations I could make.  Some 2700 pictures recount the wealth of experiences that I encountered.   That said, above all, I encountered Jesus in a new and profound way.  I can visualize where we walked and talked.  I can see where he performed miracles and laid down his life.  Above all, I have come to understand the importance of the Church working together for his glory.  I have come to rediscover the urgency of the mission that we have been given.  I have come to fall ever more deeply in love with Jesus; and that is a journey of a lifetime!

It caused me… to wonder if my heart, like that of Jesus, is truly broken for the lost. 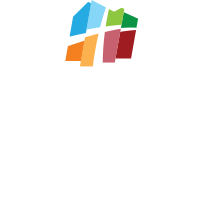 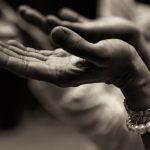 Why I don’t leave the ChurchBCMB Blog